70% Of Shiba Inu Traders On Coinbase Are Now Buying: Check Out How It Was Compared Last Month.

A majority of investors trading Shiba Inu appear to be bullish on the meme-based cryptocurrency.

What Happened: According to data from Coinbase, 70% of customers bought SHIB over the past day while 30% sold their tokens. 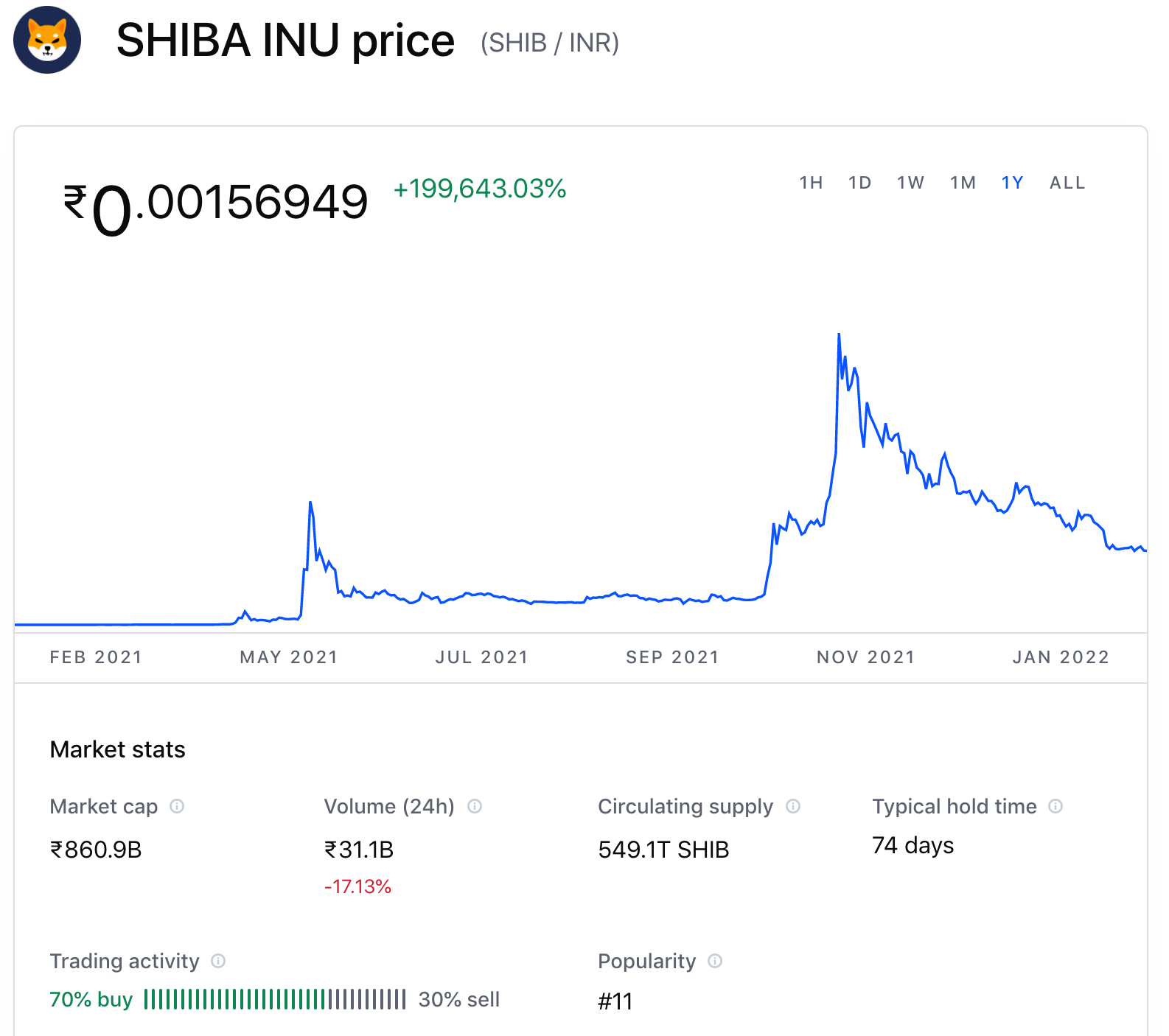 These numbers are vastly different from last month’s data when the number of buy orders for SHIB was considerably lower. SHIB has seen a 35% decline over the past 30 days and the asset is down by more than 75% over the past three months from an all-time high of $0.00008616.

SHIB’s peak price in October 2021 was preceded by a four-week rally when the coin surged by more than 700%.

Incidentally, there was a significant amount of buying pressure for the asset on Coinbase around this time with trading activity indicating 90% of SHIB traders had buy positions open and 10% had sell orders.

“This occurred only one other time in 2021 when the Coinbase app hit that ranking in Q2 ’21, the current highest volume quarter for Coinbase,” the analyst said in the note.

TRENDING:  Just-In: Shiba Inu Will Release New Token, Here’s How To Earn It